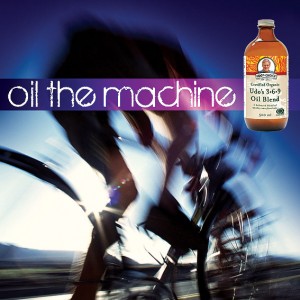 After 20 years of research and two studies measuring the effectiveness of Udo’s Oil on athletic performance, we know the human body, like most machines, needs oil to run its best.

It’s time to “Oil the Machine”

Athletes around the world who take Udo’s Oil are experiencing: 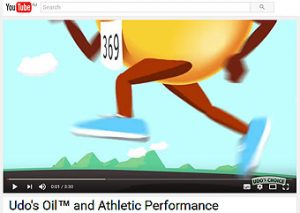 “Every cell, tissue, gland and organ is dependent upon the presence of EFA’s. They are the main structural component of every cell membrane, are necessary for cell growth and division, and regulate vital cell energy.” [Udo Erasmus]

Of course, EFA’s can be obtained from numerous sources, such as fish or krill oil supplements, or from fresh, oily fish. However, the type, quality, quantity and condition of the delicate fatty acids must be a serious consideration for people who are as concerned with their nutrition as elite athletes are.

Naturally, Udo’s Oil meets these criteria at the highest standards. For more information, please read our article “Why Choose Udo’s?“.

Across the board, athletes who consistently take Udo’s Oil experience such profound improvements that an Udo’s Ambassador programme was established. 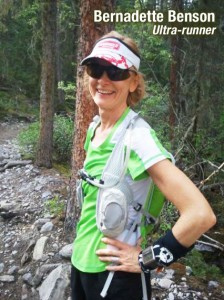 In Australia, our most prominent Udo’s Ambassador is the world-record holding ultra-runner, Bernadette Benson. A Canadian born Perth resident, Bernadette has conquered the Swiss Alps, the Rocky Mountains in winter, and slogged through 70 km of Irish wetland, following her passion for ultra-running.

Bernadette’s running resume includes three Canadian records and a team bronze in the World Trail Championships in Ireland in July 2014. In April 2013, she set a new Canadian W40 100 km record at the Coburg 24-Hour race in Victoria. In June 2010, she ran over 200 km in her first 24-hour run, the Sri Chinmoy in Brisbane, winning the event outright and breaking a Canadian age group record. In fact, Bernadette holds four open Canadian and four open Australian records, plus numerous age group records, from 50k, 6hr, 100 mile, through to 24hr events. At the time of publishing these details, her 24hr running distance performance in 2014 of 238.261km has not been surpassed: she is still ranked #1.

Bernadette has also set a record-breaking time on the infamous Bibbulmun Track in Western Australia – one of the world’s great long distance trails, stretching 1000km from Kalamunda in the Perth Hills, to Albany on the south coast, winding through the heart of the scenic South West of Western Australia. The Bibbulmun Track has been included in National Geographic  20 ‘Holy Grails of trails’, described as ‘Southwestern Australia’s answer to the Appalachian Trail’.

She truly is a “machine” and we are proud to support her with Udo’s Oil.

For information about the Scientific Research Studies that have been done on the effect of Udo’s Oil on athletes’ performance, please visit Udo Erasmus site.