Home » About » About Udo Erasmus 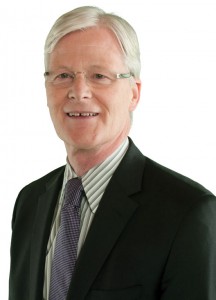 Udo Erasmus, Ph.D., the creator of Udo’s Choice® is an international authority on fats, oils, cholesterol and human health. His best-selling book, “Fats that Heal – Fats That Kill” has been a major influence on the world’s understanding of how important Essential Fatty Acids are for human health. Udo is passionate about helping people to understand the importance of good nutrition as well as how to obtain optimal nutrition from quality ingredients and continues to develop health solutions for modern health concerns today.

Having survived the First World War, the horrendous Bolshevik Revolution, and The Depression that followed, Udo’s parents Gerhard and Senta Erasmus left their Latvian homeland when communists advanced towards the Baltic countries. Udo was born during the Second World War in Poland, the first stop on his parent’s exodus. With mostly German and Swedish background, they left for Germany with four small children (one child yet unborn). When Udo was ten years old, the Erasmus clan left a weary Europe. As refugees without means or connections, but with renewed hope, they started life over in Canada, a more peaceful land with greater opportunity.

Part of Udo’s childhood was spent on 112 acres of bushland in Northern Canada, without electricity, television, telephone, or radio. It was there he learned about the wonders of the biological world and developed a passion for the delicate complexities of Mother Nature. As a child, he remembers being fascinated by small spiders negotiating leaves of grass, exploring abandoned mines with other children, and picking wild strawberries and herbs. Udo and his siblings helped to tend a large organic family garden, in which they each had their own plot to grow personal vegetable favourites: radishes, carrots, peas, and more. For several years, he built a collection of skulls taken from dead animals found in nearby woods and meadows, and on riverbanks.

In school, his favourite courses were the Sciences, where he learned how things work, and English, where he especially enjoyed literature and poetry. Specific interests included biology, environmental studies, natural history, health and human nature. When it came time to pursue an education, he chose Life Sciences, and maintained interests in English as a hobby; interests which would later turn into a lifelong career.

During his first three years in university, Udo worked in a mining exploration company. He was flown into remote mountain locations in northern British Columbia by plane; food was air-dropped in. He took soil samples for mineralisation tests and was issued a rifle for self-defence against non-vegetarian carnivores!

Udo Erasmus received his B. Sc. degree in Honors Zoology with a major in Psychology, followed by graduate studies in Biochemistry and Genetics at the University of British Columbia (UBC). While he studied Genetics at UBC, one of his research papers was published in the peer reviewed journal, Proceedings of the National Academy of Sciences, in 1967, and two more of his papers were published in the peer reviewed journal Mutation Research, in 1971

In 1980, life for Udo took a significant turn when he was poisoned whilst carelessly working with pesticides. When modern medicine was unable to provide help, he concluded that his health was his own responsibility and sought the answers he needed by burying himself in research literature on nutrition and health. He gave special attention to the least understood arena: the effects of fats and oils on human health. This meant finding and perusing thousands of original research studies, many of which were inaccessible to the public and were therefore unknown.
Several years of collecting and reviewing data culminated in his landmark Canadian best-seller Fats and Oils. This book also became his thesis and earned him a Ph.D. in nutrition in 1986 – now available in the expanded, revised, updated form as Fats That Heal Fats That Kill.

In 1988, he received his MA in Counseling Psychology from the Alfred Adler Institute of Chicago (now called the Adler School of Professional Psychology).

After more than 15 years exploring the practical aspects of fats, Udo Erasmus earned authoritative status in the field, as well as the nicknames “The Fatman” and “His Royal Oiliness”. Eventually, he developed the formulas for his world-renowned “Udo’s Choice” brand of Oil Blends. Originally, he worked with flax oil, and later added sunflower, sesame, and other oils to address the main shortcoming of flax oil – its high Omega 3 and poor Omega 6 fatty acid content, which can result in Omega 6 deficiency.

Furthermore, he pioneered the technology for pressing and packaging fresh oils under exclusion of light, heat, and oxygen – three main factors which can transform nutritious oils into toxic ones. Until that time, oils were highly processed by destructive methods, sacrificing health benefits in order to attain long shelf life. His innovations with manufacturing methods for maintaining nutrient quality ensure that his products are the highest possible quality and retain the highest nutritional value. Accordingly, Udo now runs a consulting practice for manufacturing companies in Europe and North America.

Udo is a frequent writer and speaker on fats and oils and has appeared on radio and television around the world. He has visited Australia on numerous occasions. He was a speaker at the World Congress on Cancer, in September 1995; at Health Expo 1997, in Sydney in August 1997 (Australian Health and Nutrition Industry’s Annual Trade Event). His lecture tour in 1997 to Sydney, Melbourne, Adelaide, Perth and Brisbane was very successful, attracting hundreds of people to each talk. He was in Australia again in September 2003 – lecturing to packed venues in Melbourne, Brisbane and Sydney, and again in September 2005, visiting with our distributors, and health food store employees and health practitioners. His most recent visit was 2011, when he again delivered seminars around the country.

Udo lives in Vancouver, B.C., Canada. Currently, he is continuing his work developing new initiatives that will contribute towards healthier living.

His books, “Fats that Heal – Fats That Kill”, “Choosing the Right Fats” and “Omega 3 Cuisine” are available in Australia and can be purchased online.