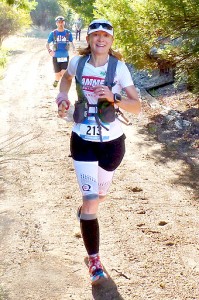 If you have ever spent any time researching the benefits of Udo’s Oil, you will know that many people take it for wide variety of reasons – brain health, eye health, muscles and joints, dry skin, heart health and more. Essential Fatty Acids are so good for us that it’s clear everyone can benefit from a little extra.

But what if you have exceptional nutritional needs – like elite athletes do?

We’re not just talking about your average morning jogger here, we’re talking about people who are at the absolute top of their sporting endeavour; people who push their bodies to the extreme edge of endurance and performance to be the best in the world.

As one of the world’s most successful Ultra Runners, Bernadette pushes her body to the extreme limits of its capabilities. To be successful at an international level, you have to be very specific about everything you eat, everything you wear – everything you do. Like many other elite athletes around the world, Bernadette includes Udo’s Oil in her diet to supply her body with the specific nutrients she needs to perform her best. When you are monitoring your nutrient intake very closely, only the very best and most effective products make the cut – and Udo’s Oil is right there.

With a long list of impressive achievements under her belt, since she began running in earnest in 2009, Bernadette has won numerous events. awards and accolades – the following details are taken from her website:

“At the IAU World Trail Championships in Ireland in July 2011, I ran with the Canadian female team and secured its first ever podium placement at a world event – bronze medal. 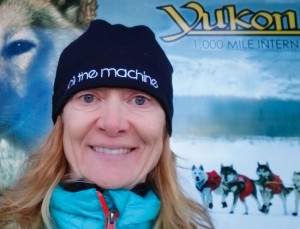 One of Bernadette’s most impressive achievements took place in February 2016, when at 46 years of age she was the first woman to cross the line in the grueling Yukon Arctic Ultra – known as the world’s coldest and toughest Ultra event. Furthermore, she took a staggering 24 hours off the previous women’s’ record, completing the 483 km race in a little over 5.5 days, with only 8 hours sleep, and finishing 3rd overall. 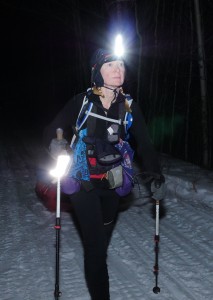 At the opposite end of the spectrum (in terms of climate/geography), the Bibbulmun track is a 1000km track that runs from the outskirts of the capital city of Perth to the historic town of Albany on the far south coast of Western Australia. In 2011, despite a painful leg injury, Bernadette completed the track and set the current “Fastest Known Time” of 15 days, 9 hours, 48 minutes. A video diary of her efforts can be viewed on Bernadette’s website > 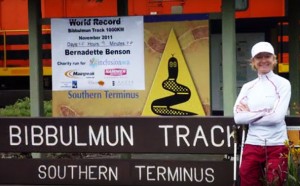 As an ultra-runner, Bernadette’s body benefits from Udo’s Oil in numerous ways – particularly in the areas of injury prevention and recovery.

As Bernadettte has testified: “I really, really am so pleased with the health Udo’s Oil has added to my life. It helps keep me injury free and definitely keeps my dry skin at bay! I just won’t be without it. I was at the airport recently, and a woman at the skin cream counter said to me “You don’t have dry skin! What do you use??” Udo’s Oil! :-)”

Of course, Udo’s isn’t just for athletes. Everyone can benefit from the Essential Fatty Acids in Udo’s Oil. See our article “Are you Getting Enough?” >

One of Bernadette’s recipes using Udo’s Oil is as follows:

Everyone needs a green smoothie now and then!

“Blend it all up for as little time as needed. I prefer mine a little thicker, which I eat with a spoon. It looks disgusting to me and I can’t believe I ate it the first time…and thought it was yummy!”

As the Australian Importers and Distributors of Udo’s Oil, we are proud to supply Bernadette with Udo’s Oil, because we know how helpful it is to her and other athletes of her calibre.

For more information about Bernadette Benson, visit her Blog: http://bernadettedownunder.blogspot.com.au/